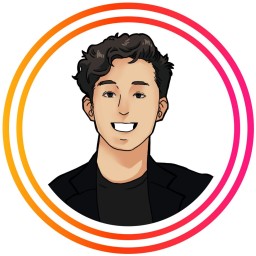 Long before Sun-Tze, the Pirate has known one thing..

The pirates do not attack without first knowing who they are attacking.

They pick somebody of their own size (hint: not Navy ship).

And that is the first thing every copywriter needs to do.

Before you write anything, it’s important to understand the needs of your audience:

People buy what they want, not what they need, and you simply can’t assume everyone needs it.

That is why copywriting research is so important.

The reason you are writing a copy is to pitch a solution to a problem.

After all, if there’s no problem, what is left to solve?

But you can’t market to everyone. It’s just not possible.

Because if you don’t know who you are pitching to, you wouldn’t be able to address their needs to the very specific.

And you are wasting your time and effort if you are trying to pitch to someone who doesn’t need your product.

And to do that, legendary copywriter, Eugene Schwartz [1] has proposed a model to help answer the question: “Does your prospect know they have a problem?”

On one end of the scale, we have the prospects that are totally Unaware of your product.

On the other end, we have prospects who are Most Aware. These prospects already know your products and your company, and there’s a high chance they are your existing customers.

In between, we have the Problem Aware, Solution Aware, and Product Aware. Chances are that you are writing to one of these three most of the time.

Let’s illustrate the different stages that a typical prospect will go through, shall we?

All he knew is that pirate makes good (& fast) money.

“I will just work below the deck, stay out of trouble, and 1 year later I can quit and start a business.”

He wasn’t aware of any potential trouble that he will soon be facing in coming voyage.

Trying to sell him a sword at this stage, and he’d probably say no.

“How bad can it be? I will just stay out of trouble.”

1 month at the sea and 3 plunders later, he found himself in bruises and sword cuts.

“This is bad. I need to learn to fight. But what should I learn, and how?”

He started Googling how to fight like a pirate.

So many different options out there, he was spoilt with choices!

He started checking through them one by one, weighing his options as he read.

A gunman can fight from far away!

I can stay out of trouble like a ninja!

A swordsman is cool!

And it’s decided. He wants to be like Captain Jack Sparrow, master of swordsmanship.

Now, who can teach him to fight like Captain Jack?

Or should he just go to William, because he’s good with swords too!

Then he saw Captain Jack’s advertisement.

And the rest was history.

Can you identify the different stages that Johnny has gone through?

When Johnny first joined the pirate crew, he wasn’t aware that he needs to learn how to fight to survive the adventures. Trying to sell him any weapon in this stage will just result in rejection.

Prospects of the Unaware level has no knowledge of their problem or possible solution, not to mention your product.

This is perhaps one of the most difficult markets to target but also the biggest market.

By explaining to them the problems they are currently facing (but unaware) using stories, there’s a higher chance that they will be interested to know more about what follows, the solution.

<example: pitch the problem before the solution, and use a lot of stories>

As Johnny was forced to join a few fights, he started to realize he needs to learn how to fight.

This is the stage where the prospects know they have a problem but they aren’t aware any solution exists.

40% of your organic web visitors usually fall into this category because people use the search engine to look for a solution to a problem they know they have.

They don’t know you, but with good contents, you just might be able to get them to trust you enough to seek your advice and solution.

This is the stage where they realize they have a problem and what kind of solution they need, but they do not know that your product provides it.

This is the stage where most new brand are at before any marketing.

In Johnny’s adventure, this is when he found the different options to learn fighting: gun, swords, ninja?

Now that Johnny knows what kind of fighting skills he can choose to learn from, he has to decide.

Prospects of the Product Aware spectrum are somewhat familiar with your product and its features, but they still have doubts.

Is this the right one for me?

What about the price?

Everything that will gain their trust and lead them to make the decision.

The moment Johnny saw Captain Jack’s ads on taking an apprentice, the decision is made.

Writing copy for prospects at this level is really the easiest.

They already know your company.

They know your products.

What they want to know is where to get it.

A classic example of a company benefiting from the Most Aware spectrum is non-other than Apple.

Yes, it’s a love-hate relationship. Some love them, some loathe them.

But that doesn’t change the fact that you KNOW them.

You either want them, or you don’t want them.

Which is why in all of Apple’s ads or webpage, Apple doesn’t even try to persuade you to buy.

All it does is show you the features, and over 40% of American would want to get their hands on one.

As a copywriter, we write to convert.

But the solution to more conversion isn’t just adding value. Sometimes, all they need is an expert to follow or a good product that will solve their problem.

And as you’ve come to understand, the key to a converting copy is by knowing which stage your customer is at, and what you can do to encourage them to move closer towards taking the action.

So again, does your prospect know they have a problem?

[1] Eugene Schwartz was a legendary copywriter in his days. Among the 10 books he had written, “Breakthrough Advertising” is one of the most sought-after marketing book ever.

Jackson is the lead funnel strategist and funnel hacker at Funnel Duo Media. When he's not building funnels, he's probably having a cappuccino while reading up on principles of marketing, human psychology, and business.

Increase Your Traffic & Conversion by 10X