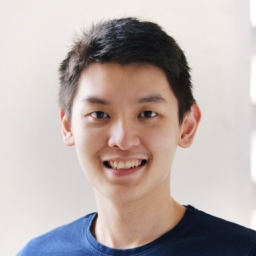 From what started from a college dorm room in Harvard, Mark Zuckerberg’s Facebook soon took over the world by storm.

Facebook went from being a Harvard exclusive to a social media conglomerate valued at 600 billion dollars, according to recent data recorded last May 8, 2020 (see reference).

With 2.7 billion active users on Facebook, it has been dubbed as the biggest social media network globally.

No wonder digital marketers are just itching to get in on the Facebook marketing train!

You could be paying thousands of dollars for traditional marketing…

To date, it has helped businesses, big and small, increase customer engagement with ad impressions going as high as 34% despite the 2% decrease in average ad price.

Facebook Ads started as straightforward advertising content that you can see on the sidebars when you browse on desktop.

Nowadays, this ad tool is much more elaborate and has expanded its reach to other Facebook subsidiaries such as Instagram, Messenger, and Facebook’s Audience Network.

If you were wondering, here are more statistics to support Facebook Ads’ explosive success;

However, as to how positive these returns are going to be, this will rely heavily on how well you plan your ad campaign and make use of Facebook’s advertising tools.

You can always say that an advertising campaign has generated positive ROI but the real question is if the return is worth the effort.

The time you spend working on the campaign, the people you pay to come up with the ad content, and the budget you spend to run the ad – all this should be taken into account when determining your ROAS or Return On Ad Spend.

To make sure that you are indeed hitting targets and not wasting money running ads that don’t bring long-term value to your company.

Video ads have proven time and time again that it’s still the king when it comes to user engagement.

In fact, it is predicted that by the year 2021, users are likely to spend at least 100 minutes per day watching video content.

Back in 2015, only 33% of digital marketers recognized the positive returns brought about by video advertisements.

Video advertising will continue to popularize even in 2021, so if you are ready to start your video campaign now, here are a few video marketing trends to take note of.

Launching Your First Video Ad? Here Are Some Must-Know Tips.

48% of online users would agree with me on this would finish watching videos only if they’re able to learn something, get inspired to do something, or resonate with that problem.

Put yourself in your viewers’ shoes and ask: What problem am I facing right now?

It’s good that you are creating videos to entertain, but it will even be better if you meet your target viewers’ expectations.

Some sources even say that in a 20-minute lecture, people will only catch the first and last three minutes of what is said. Everything that’s in-between? Na-dah.

So initially, you might think that shorter videos are sure to win the crowd.

That’s no true at all.

Here’s an ad of mine that STILL brings me daily sales. Spans 2 minutes and 32 seconds!

Data shows that the longer the ad is, the better it performs.

By the end of 2019, 30-second video ads are believed to be more effective that 66% of the ads launched were around that length.

Livestreaming options are plentiful now, and Facebook Live is a gold mine waiting to be explored.

Live videos help you to connect to your target audience at a more fundamental level.

It assures them that what’s on the other side of the screen is a real person who, just like them, have views and opinions, strengths and vulnerabilities, etc.

Furthermore, going live gives you the opportunity to create a conversation with your audience and facilitate the “coming together” of a unique community that revolves around your brand.

Better yet, livestreaming has become an especially popular form of content during the pandemic.

Want to take advantage of this? Here’s The Full Guide to Video Creation In Quarantine.

2. Mobile-First Is The Way To Go

These are the two F’s of mobile that you need to know about if you plan to launch your very first ad campaign on Facebook in 2021 – or better yet, right after this article 😉

Research shows that 47% of active users are exclusively using the Facebook mobile app. This means that they can’t be bothered with the web version.

On top of that, 88% of all users use mobile – even if not exclusively. If you’re wondering where you’ll find your audience, it’s in the app.

This is why Mobile First is our first F.

So, what does the second F, Friendly, stand for?

This would refer to your ad format’s mobile-friendliness, aka your ad’s ability to appeal to a mobile-user audience.

You see, there are a couple differences between the mobile app and desktop version of Facebook, particularly in how the ads are presented.

In the web browser version, there would be a headline and description below an image ad.

In the mobile app, there is only a headline and URL. Mobile ads also have smaller “ad space” so you have to make sure you can reel users in with just a few lines.

Users access Facebook at least 8 times daily, with 96% of these visits likely to happen via mobile. Thus, for the rest of this year and for the upcoming one, always remember two things:

Ever clicked on a website, added something to your cart, then forgot about it?

2 days later, you see the same product on your Facebook? 😨

This is the work of machine learning systems that big tech companies like Facebook and Google develop for targeted advertising.

As I’ve said in the previous paragraphs, users appreciate ad content better when they can personally connect to it.

Machine learning aims to take record of an individual’s online activities, discern patterns, and arrive at logical conclusions about “what users want to see” when they’re online.

Machine learning can be applied to several other strategies beyond selling.

They can be used for engagement, to increase brand followers, or to create conversation with target groups and communities.

Fast forward to 2021, we can only expect these intelligent systems to become more refined and competitive.

Here are some ad formats and/or strategies that implore the help of machine learning models:

Another trend to look out for that will surely rise in popularity in 2021 is AR or Augmented Reality.

This ad type is fairly new, however, a few popular brands have already launched an AR ad campaign, including Michael Kors and WeMakeUp.

The basic gist is that users can virtually “try on” a new product (e.g. a new lip shade, or sunglasses) by looking through their camera lens.

If you don’t know what a social media story is, it’s a 24-hour text, photo, or video entry users share with their friends and followers to let them know what they’re currently up to.

So, what does this have anything to do with digital marketers like you and me?

And they’ve gone above and beyond just a random photo without a purpose.

Now, Facebook stories can be personalized to add sales-optimized templates as well.

Plus, you get an entire screen for your ad. That’s a lot of marketing real estate right there!

With the growing number of advertisers getting on the Facebook marketing hype, an increase in the Cost Per Click or CPC of an ad will most likely increase.

However, the matter of fact is that it is increasing.

There is a major increase in advertisers, but not users.

Although Facebook’s community grows larger by the year, it is still nowhere near enough to satisfy the growing number of businesses that advertise on Facebook.

Unless there’s a drastic development such as Facebook getting a billion more active users next year, the price will still gradually increase.

This shouldn’t scare you away from creating Facebook Ads.

What you can do to make sure that you’re on the safe side in terms of ad expense is to weigh your ad costs against a customer’s lifetime value – not just the immediate purchase.

If you’re able to immediately gain 25 – 50 sales per ad, wouldn’t that already cover your cost of ad spend?

There’s no need to create ads every day as well. If you had ONE extremely well-performing ad, you can even focus on that; and pause other underperforming ads to avoid burning through your budget.

Reeve is the CEO and a Member of Forbes Business Council. He has spoken on stages, both online and offline, alongside world class entrepreneurs and marketers like Gary Vaynerchuk, Brian Tracy, Kevin “Shark Tank” Harrington and Mark “Godfather of Internet Marketing” Joyner.

Increase Your Traffic & Conversion by 10X